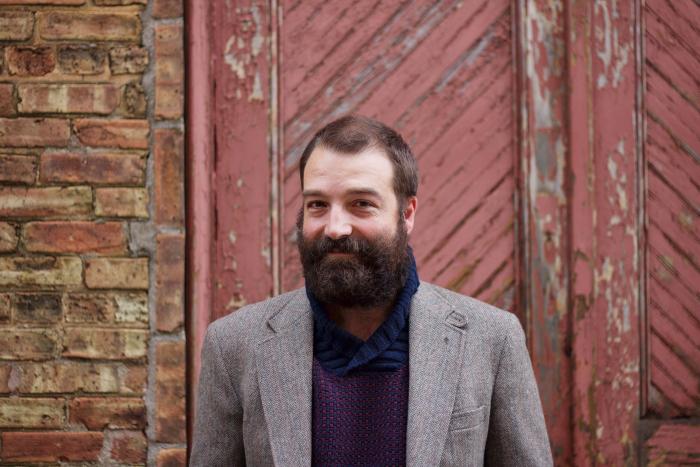 There was a report in Florida (where else could it possibly be?) several years ago, about some neighbors who saw a little girl’s eyes peering out of a broken basement window. She was about seven years old, and according to the authorities who rescued her she had probably never been outside, never felt the sun, never spoken with another human being. She had never eaten solid food. She was covered in scabs, sores, maggots and her own waste. The story, for which writer Lane DeGregory earned a well-deserved Pulitzer Prize, contains the following statement, which says all you need to know about this girl’s life: “She didn’t know how to hold a doll.”

Her name was Dani, and her discovery sounds like something from a tragic movie. The smeared walls, the piles of filth and diapers, the rookie cop stumbling outside the house to retch in the weeds. The way grizzled, hard-as-nails detectives and social workers wept.

Dani was a feral child, kept in a basement by her family, and the abuse and neglect she experienced will never leave her. With most feral children, it’s believed there was nothing wrong with them at birth, that they were the same raw genetic clay as the rest of us. Experts think a lack of love, affection and interaction forms them into something that looks like a human being, but is missing something vital, magical and necessary to lead a truly happy and fulfilling life. Those who are not loved as children don’t have the ability to feel extreme pain, searing heat or frigid cold. But they also cannot feel love, researchers suspect.

Today, Dani lives with a new family, one that dotes on her and gives her presents. She eats every scrap of food she gets her hands on, and at one point ballooned to more than 200 pounds because of it. Her adopted family, according to a follow-up report by DeGregory, dotes on her and gives her love at every turn. She allows them to love her, but it seems unclear if this emotion remains alien to her, or if it has actual meaning.

She is not the first feral child, or the last.

Years from now, after all the bombs have dropped, after all the environmental and social calamities have snatched away first the human race’s comforts and then its bare necessities, a few people will still rove the earth, and I’m sure somehow, somewhere, a child will be left alone and grow up - or grow, at least – without human love or interaction.

Many years ago, the Holy Roman Emperor Frederick II gave a bunch of babies to a group of nuns. He told them to keep the infants alive, but never to interact with them – to raise them in complete isolation. He hypothesized that without the ugly stain of civilization, without other human beings, these abandoned kids would reveal the true language of God. Frederick is judged pretty harshly for this abuse today, because the children all died from a lack of spiritual, social and psychological nourishment. But their death does tell us something incredible: that we need love as much as food and water.

Frederick suspected the voice of God comes only from within. What he didn’t realize was that real divinity, however you define it, also reaches us on the gentle gusts of other people’s breath. In the sounds of their voices. If you want to really hear the voice of God, don’t only listen to your own circular, nagging inner monologue; listen instead to the cooing of a mother to her newborn child.

Feral children are an important reminder to parents. They instruct us that our role is not unimportant. For all the humility we should have, we must also realize that our interactions with our children do matter.

The journalist David Brooks once mentioned a friend of his who said of her children: “I loved them more than nature required.” The love required by nature is real, but so easily explained. Yet the love that surpasses it is where Frederick should have been listening for that mysterious voice he yearned to hear.

I often hear online laments about human beings. People start wildfires, kick puppies, abandon children and start wars. They abuse each other, neglect each other, and not everyone gets enough to eat. People die and are forgotten. I hardly ever see it mentioned that for every single one of those ills, which are perpetrated by small numbers of people, there are countless acts of good. Millions of people fight wildfires and save puppies. Police and social workers and neighbors kick the door down, wrap abandoned children in their arms and carry them to safety, all the time. Every time there is a war, doctors, nurses and everyday people plunge into it, not with weapons, but with gauze and antiseptic. For every case of abuse, there are support networks, and for every hungry mouth, there are families dropping off meals at food pantries, churches and homes. For every person who feels isolated, there are those who reach out (that’s what writing a book is). And for those who worry they will die and be forgotten, rest assured that someone, somewhere, will live on to tell the human story, of which you are a part.

The most famous feral child is probably Mowgli, the protagonist in The Jungle Book. With him, we all know the story is not a tale of woe about a child left alone in the wilderness. No, The Jungle Book is about those who reach out and save that small child. The kind wolf pack, which symbolizes society in all its savage and earnest familial bonds. The wise panther, who watches over him and tries at every turn to keep him safe. Baloo, the jovial bear who knows that even when society crumbles, the bare necessities will certainly be the last things to go, so there is still plenty of fun to be had, wherever and whenever you live. None of these creatures is required by evolution and nature to love this child. They aren’t required to help him in any way. Yet they do.

The story of Dani is not merely a tragedy. The bedraggled mother who kept her daughter in a dark basement, covered in maggots and cockroaches, is barely a footnote. Many people today are enamored of darkness. In everything they see only the bad, only the evil, only the worst in human nature. In doing so, they miss the entire story, like a starving man who finds a hair in his meal and decides the hair IS the entire meal. Because the story of Dani is Dani’s story. It is about her, and about the many, many people who saved her and supported her, and the people who took her in and love her still, even though she will probably never love them in return. Because on their lips is the divine voice Frederick mistakenly sought in isolation.

My daughter is five now, which means she is pretty fully herself. She has a few things yet to learn, and a few feet to grow, but in truth, she is who she will always be, and her brain can understand and process new information as well as mine or yours or anyone else’s. She has been asking me lately about what is real, and what is true. I usually tell her it’s complicated.

Lying in bed last night, as I read to her from D’Aulaires’ Book of Norse Myths, she understood the stories in ways I haven’t since I was a child, when I could better hear that divine voice that attempts to speak through all our myths and good yarns. She asked me if the stories are true, and I said yes, they are true, although they are not entirely factual. She smiled and nodded, her big, brown eyes gleaming in the soft blue glow of the nightlight.

“I know. I don’t mean to stop growing. I just mean being a kid is special, because it’s a time when you can see things grownups can’t see, and hear things they can’t hear.”

“Yes,” I replied, knowing what I was saying was entirely true, if not completely factual. “There’s always magic in the world. It’s just that you can only see it when you’re very young. Once you get old, you can only know it’s there by remembering.” Which is what nostalgia is, of course.

I have no idea if any of this matters. But I was deeply happy, tonight. Because I think she saw it, and heard it, and I know I love her more than nature requires. I could see it in that little girl’s eyes.